The Site And Its Surroundings

Land to the west of Mildenhall

The proposed Masterplan relates to a site known as ‘Land to the west of Mildenhall’. Its spatial extent is outlined by the red line on the Location Plan to the left.

The site currently comprises of 97 hectares of arable land (transacted by the B1102 – West Row Road – through its centre) which adjoins the existing settlement of Mildenhall along its western edge.

In terms of its surroundings, the land is bounded by an existing industrial estate to its north, the existing urban boundary of Mildenhall to its east, the River Lark and Mildenhall Hub to its south, and designated countryside to its west. 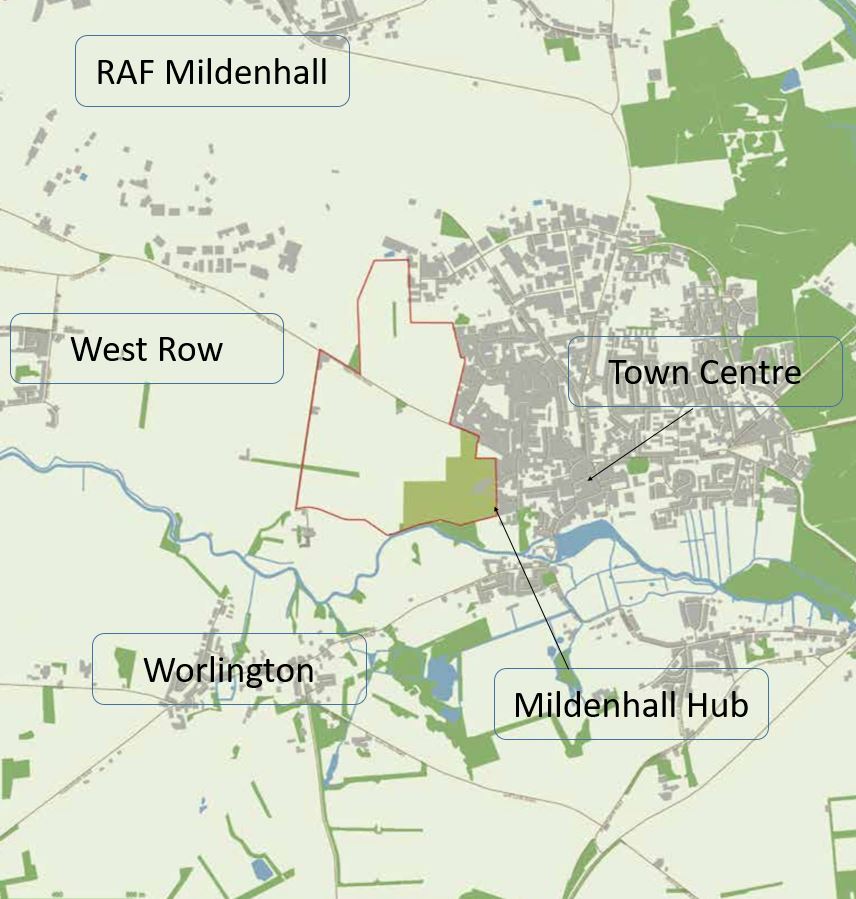 back to Exhibition homepage